Looking for an enthralling series to binge-watch through your quarantine blues? Well look no further than Little Fires Everywhere. The season might be over, but we are crossing our fingers for a potential second installment of the mini-series. If you haven’t gotten a chance to check out Hulu’s adaptation of Celeste Ng’s best-selling novel, I won’t spoil you with too many details, but let’s just agree that now is the time to hop on board!

For those just tuning in: Little Fires Everywhere stars Gavin Lewis, who plays the character of Moody Richardson opposite Reese Witherspoon and Kerry Washington in this engrossing portrayal of a picture-perfect family. Lewis portrays a teen taunted by unreciprocated feelings by Washington’s on-screen daughter Pearl (Lexi Underwood)– which if you’ve ever been there, is the absolute worst! This dynamic suburban family drama doesn’t fall short of controversies throughout its run as Moody inevitably gets caught in a love triangle of sorts with Pearl and get this… his own brother!

In an interview with Lewis, he tells FANDOMIZE about bringing Moody to life, his experience working with his on-screen mother (Reese Witherspoon) and the Little Fires Everywhere cast, as well as his involvement with Nick Jonas’ non-profit organization Beyond Type 1.

MCKENZIE MORRELL: Go ahead and describe your character Moody Richardson and the premise of Hulu’s Little Fires Everywhere.

GAVIN LEWIS: Little Fires Everywhere is a brand-new limited series on Hulu. It’s about two families and how their lives get turned upside down through their interactions with each other. There are themes of family, motherhood, and betrayal. Moody is the third of four children in the Richardson family and a very layered character. He believes his peers and siblings are vapid and constantly puts himself above them, but at the same time he is jealous of their social prowess. He is reserved, thoughtful and intelligent, but often naïve in matters of the heart. When he meets the new girl in town, Pearl, Moody believes he’s found a kindred spirit and opens up in a way he never has before with another person, let alone a girl.

MM: Without giving too much away to those who haven’t seen it yet, can you say anything in relation to Moody’s complicated romance, or his interaction with Kerry Washington’s on-screen daughter.

GL: Moody is head over heels for Pearl. For the first time in his life he’s found someone he believes sees the world as he does. Someone who is interested in things like poetry, music, and art. In Moody’s eyes she doesn’t quite fit in the same way he doesn’t. But he comes to find out that Pearl isn’t content being an outsider, and her desire to fit in starts to drive a wedge in their relationship.

MM: You star opposite Reese Witherspoon, what was it like working alongside her? Had you seen her previous work before the role.

GL: I had somehow seen relatively little of her work before starting the show, but she really is as incredible as everyone says. My absolute favorite part of acting with Reese was when we had the opportunity to work one-on-one. When your scene partner is so present, thoughtful, and dynamic it makes your job extremely enjoyable. On top of her amazing work, she was just a super kind person. She brought tons of energy to set with her every day and would always make everyone laugh. She was an excellent example for being the best actor and human I can hope to be.

MM: While playing Moody, did you discover any similarities or apparent differences that you and your character share?

GL: I think we are similar in that we are both relatively introverted and thought driven people. We are both reserved with little interest in being the center of attention. With that being said, I’d like to think I’m less judgmental than Moody, and I don’t have his general dislike of my peer group.

MM: After getting the role on Little Fires Everywhere, did you get a chance to read Celeste Ng’s best-selling novel of the same name?

GL: I did get the chance to read Celeste Ng’s incredible book. I actually read it during my audition process. I really enjoyed the book and finished it in a matter of days. Reading it was also incredibly helpful research for my character. It gave me some important insights for playing Moody, such as background on his relationships with his family and his likes and dislikes.

MM: How does Moody differ from your portrayal of Prince Emil in Netflix’s Prince of Peoria. Which character did you have the most fun with?

GL: Honestly, I don’t know which role was more fun. They were both fun for different reasons. I loved playing Emil on Prince of Peoria because the character had such an overwhelmingly positive outlook on the world. On top of that, I love making people laugh and I had a great opportunity to do that in front of a live studio audience every week. Moody, on the other hand, was fun because the character spends much of his time inside his own head. I needed to create a more detailed inner monologue for Moody than Emil, because Emil would say out loud everything he was thinking. It was a different kind of challenge to portray Moody’s thought process on screen without speaking it. 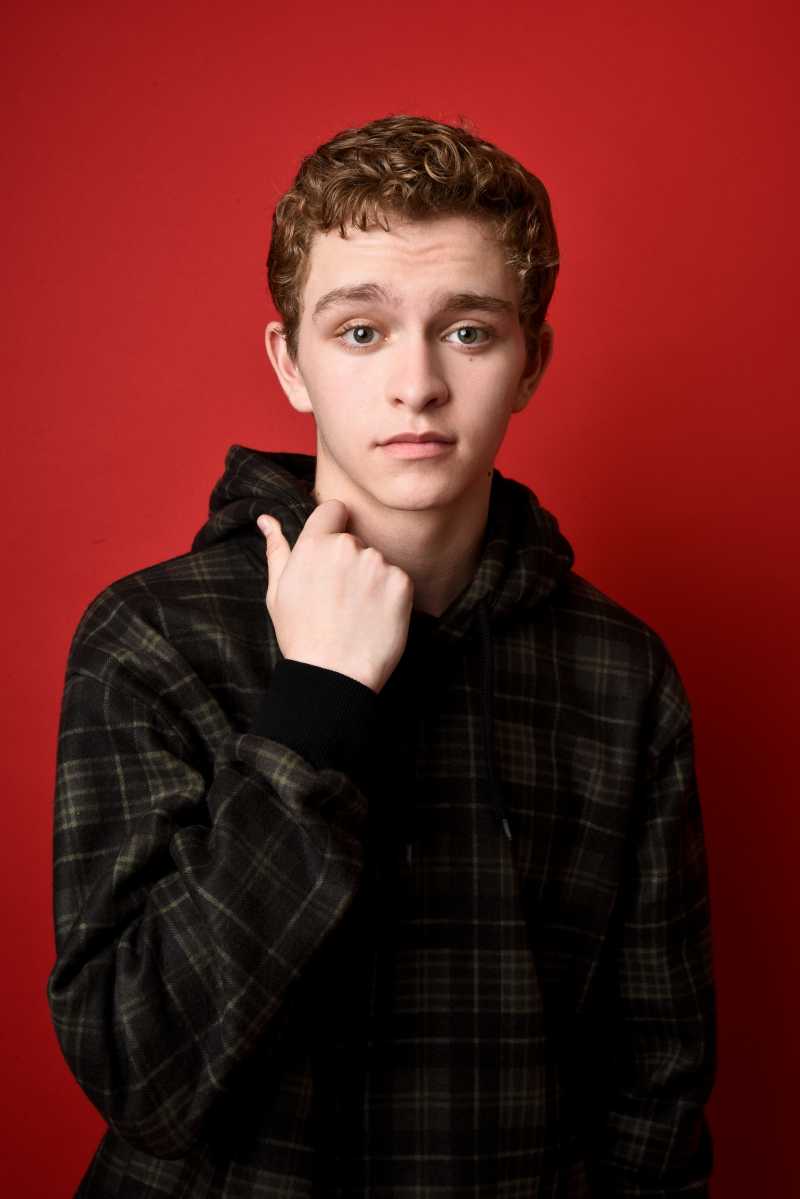 MM: Who’s your dream scene partner? If you could star in a movie with any actor past or present… who would it be?

GL: Meryl Streep without a doubt. I would absolutely love an opportunity to see just a glimpse of her process behind the scenes. Not to mention acting in a scene with her. I feel like there is so much I could learn in a short period of acting with such an accomplished performer.

MM: You are actively involved in raising awareness for Type 1 diabetes. You are taking on the valiant task to change what it means to live with diabetes. Can you talk a little bit about your efforts and any challenges you’ve faced while living with Type 1 diabetes.

GL: My ultimate goal is to help as many type one diabetics be confident in living with the disease as my platform will allow. To do that, I’ve become a spokesperson for Beyond Type 1, the non-profit organization founded by Nick Jonas, and I try to spread the word about the work they’re doing. They focus on helping people live well with type one and educating about the autoimmune disorder. If all I’ve done trying to help spread the word about type one has only made a difference for one or two people, it’s been worth it.

MM: Times are tough right now, the world is in turmoil and facing some devastating hardships related to COVID-19– first and foremost, what are you doing to stay safe, and healthy during these uncertain times.

GL: The biggest thing I’m doing to stay safe is staying home. It’s a crazy time for the world and the most helpful thing I can do is lower my risk as much as possible by limiting my exposure as much as possible. I am also very careful about washing my hands and keeping social distance when I do have to leave the house.

MM: Any shows you are currently binge-watching that you’d recommend to the Fandomize family?

GL: I’m a little late to the party on this show, but we’ve been binge-watching House of Cards. The writing is so intelligent, and the directing is spot-on. I’m such a huge fan of David Fincher. After watching the first few episodes I was completely hooked. Honestly, I’m just surprised I’ve made it this long in life without any spoilers.

MM: I like to add my signature question into all of my interviews… if you were to construct a donut based on Moody Richardson’s personality, what type of donut would it be and what toppings would be on it.

GL: If I were to bake a Moody donut it would be a powdered sugar vanilla donut with a flavorful fruit filling. I think Moody tends to display a relatively two-dimensional side of himself to the world, but there’s much more to him than what he feels comfortable sharing. Until he meets Pearl, and he shows her the sweet bit inside him.

MM: Any last minute message to the fans who are supporting any and all endeavors?

GL: I’d just love to say thank you to everyone that’s supported me so far. My job is built around fan and viewer support, and I’m incredibly grateful for the support I’ve received. So, to everyone that’s been following my career, THANK YOU.