SYFY’s rookie series Astrid & Lilly Save The World stars Canadian newcomer Samantha Aucoin as Lilly Fortenberry– one half of a monster-hunting dynamic duo. Following a really really bad night of being outcasts at a Pine Academy peers party, besties Lilly and Astrid (Jana Morrison) accidentally open a portal to another dimension and are unexpectedly given a daunting task… they must vanquish a crap ton of quirky monsters in order to rid their world of demonic catastrophe. Think if Buffy The Vampire Slayer had a baby with Booksmart, you’d have this adorable– hilarious– heartfelt– asskicking series! I mean, who doesn’t love when ordinary people are put into extraordinary situations. *nonchalantly dusts off Mr. Pointy*

Fandomize had the pleasure of speaking with Samantha about her experience working on the show. We discussed the importance of representation in entertainment, showcasing body positivity, and of course FortWell aka the romantic pairing of Candace and Lilly.

Let’s get to the good stuff, besties.

McKenzie MORRELL: Astrid & Lilly Save The World is your television debut. Can you tell us a little bit about how it’s been to shift from singer/songwriter, and I think I  read that you were originally in childcare when you got this role, to eventually acting– what was that shift like?

SAMANTHA AUCOIN: I mean, it was definitely a learning curve for sure. Being on set for the first time for me was definitely a huge challenge because there’s a lot of technical aspects that I wasn’t aware of that goes into making a TV show. The crew and the cast, everyone just made that transition so smooth for me, everyone was so warm and welcoming and they helped me with the terminology. I was able to pick up things fairly quickly, and I think adrenaline had a lot to do with that. Being on set, being in front of the camera, it’s definitely a foreign feeling because I was primarily in childcare before I got this role and I was doing singing/songwriting. For singing and songwriting, a lot of that happens behind the scenes and we were in the beginning of the pandemic so I wasn’t performing so it was a huge shift. I honestly can say I didn’t know I could love something so much in regards to acting in front of a camera. It’s such a huge passion of mine and I’m excited and hopeful that there will be a season 2 and I’ll be able to do it again, and in future projects as well.

MM: This is true and I always say that if you can conquer being with kids on a daily basis you can conquer anything in terms of challenges. I’ve had my share of working with children in my day so I definitely feel like working with a cast and crew you like is so much better.

SA: Yes, it’s true. I do absolutely adore kids and I love working with them but it was nice not having to take care of anyone on set, that was really nice.

MM: A welcomed change for sure. This show has definitely made a splash since its release. What do you think attributes to the success of this show and why viewers are overall drawn to it?

SA: I think it’s because obviously we have so much representation on the show and such diversity. We talk about a lot of different topics that really cater to many different people. I’ve been saying this from the beginning but I really do believe there is something in this show for everyone. The foundation of this show is to champion the fact that you don’t have to look a certain way to be a superhero, to be loved, and to be accepted. I really think we’ve all been there in life where we’ve felt like an outcast and we’ve felt like we didn’t belong. This show really caters to people who have really felt that way, so getting to see people who look like you and look like the people around you is really refreshing in the media. I know I could’ve used a show like this in highschool. It would’ve been really great to see someone who looks like me on the TV screen being the hero, being the protagonist. I think fans have gravitated towards that and I think it’s a show a lot of people can relate to and it’s been so amazing getting the responses and the reviews and everything’s been extremely gratifying, for sure.

MM: Obviously there is something for everybody, this show has definitely incorporated not-so-subtle nods to Buffy, which I’m totally here for since obviously I grew up watching that show. Kind of bouncing off what you said, do you think the current world of superheroes like the Avengers and the perfect kind of person saving the world, that it’s refreshing to see someone saving the world that’s normal and is more down to earth and not born into perfection?

SA: Absolutely. I love that it’s the story that we’re telling. We have these two female leads who really have no idea what they’re doing and have no training whatsoever and they’ve sort of been thrown into the mix and they are just normal bodies. I just love that this show neutralizes bodies. I know body neutrality is a huge thing that we also champion on this show. It’s amazing that we have these two female leads being normal that people can look up to, to save the world. It’s really refreshing, I think. MM: I couldn’t agree more, and did you guys have any idea that the fans would embrace FortWell so quickly? When that relationship began to unfold, how has the response been on social media? How are you guys dealing with it as the actors of this show, did you know that people would be crazy for it?

SA: You know, it’s so funny because when we were filming it — of course I love the story line between Lilly and Candace, but I had no idea that it would get that big of a response and this positive of a response. Seeing it with Julia [Doyle], we were both like, oh my goodness. It’s just been amazing seeing all the fanart and the fan edits, I’m so appreciative and I never thought I would be in a position where I would be reading fan-fiction of my character you know what I mean? It’s kind of surreal how everyone has been really receptive to the couple and I’m just so happy. I’m loving that we have LGBTQ+ representation on the show, it’s so needed, and I just love that we have this person like Lilly who is maybe not the western beauty standard and then we have Candace who is first initially that typical beautiful mean girl. I love that these two have gotten together and I think it’s really really nice to see it. It happens every day, people fall in love with bodies like these all the time, people fall in love with anyone and I think it’s refreshing to see that. I’m so happy that people are loving FortWell.

MM: I’m a firm believer that you fall in love with a person, not looks or anything like that, it’s just a soul loving another soul, someone you can grow with.

MM: And hopefully there’s another season in store for this show and many more but what type of monster would you like to see Lilly and Astrid take on in the future if given the chance? If you could just make up a monster.

MM: And you don’t know how to fight it because you can’t touch it.

SA: Yes, exactly! Exactly. Like how are we supposed to beat it if we can’t touch it?

MM: Yep. And I like to add my signature question into all my interviews, so if you’re ready I will throw it at you.

SA: Alright, throw it at me. MM: If you were to construct a donut based on Lilly’s personality, what kind of donut would it be and what toppings would be on it?

SA: Oh my god, a donut? I love that. Amazing. I love that that’s your signature question.

MM: Yep, in every single interview since I was 16 I throw that question in to each interview I do.

SA: That’s amazing! Oh my god, I love it. What kind of donut would she be? Great question. I think she would be a — okay, in Tim Hortons they’re called vanilla dip donuts, in Canada, and they have sprinkles. It’s colorful, like a rainbow. I think she would be that with those little sprinkles. It’s just because the donut is a soft donut and Lilly is a very, very soft colorful person, I would say and of course we want the rainbow sprinkles for the LGBTQ representation. I definitely think that would be it, the vanilla dip donut for Lilly with the sprinkles.

MM: Can’t go wrong with any type of donut.

SA: I absolutely love it.

MM: And as we conclude, if people haven’t gotten a chance to watch the show yet, what would you say to them to kind of get to hop on the monster hunting wagon and binge watch the crap out of this show?

SA: This show is filled with fighting and monsters but it’s also filled with these beautiful relationships and a lot of ups and downs. There’s angst and there’s truly something in it for everyone. I would love it for more people to watch and for people who are watching to keep on watching.

MM: And keep binge-watching it and hopefully SYFY renews it! I’m ready for more so let’s hope we get some more out of it. 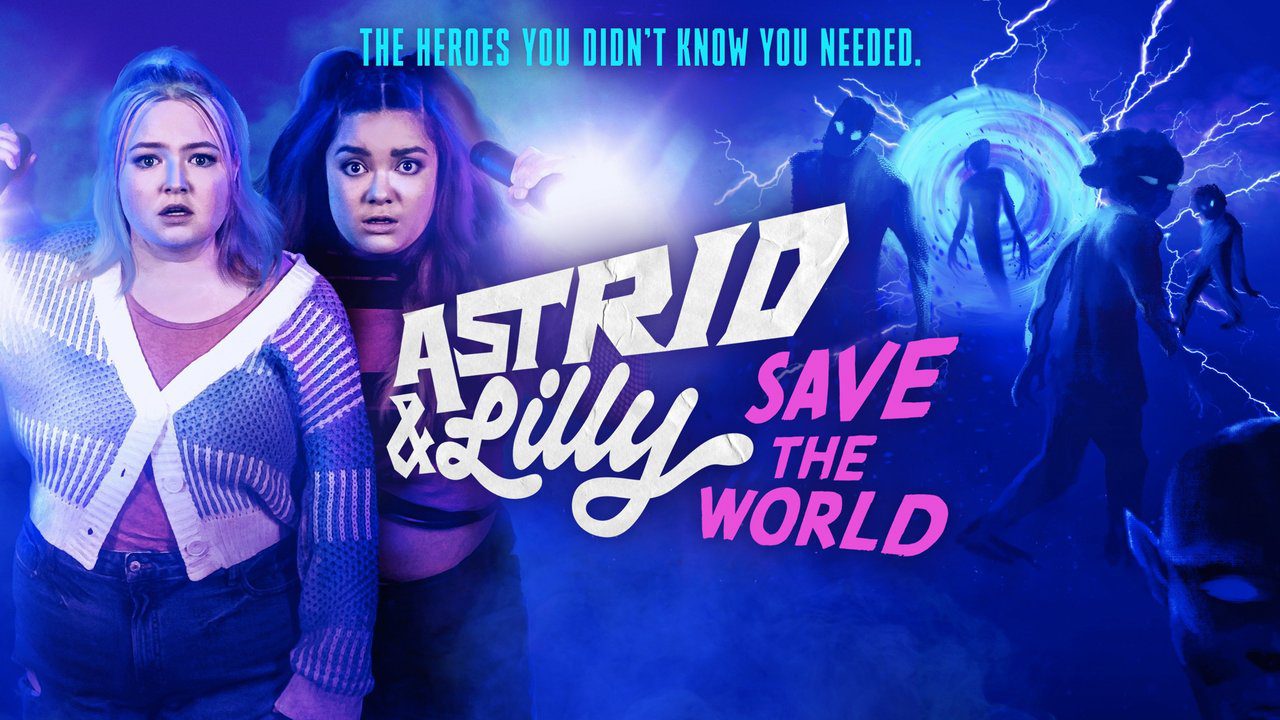