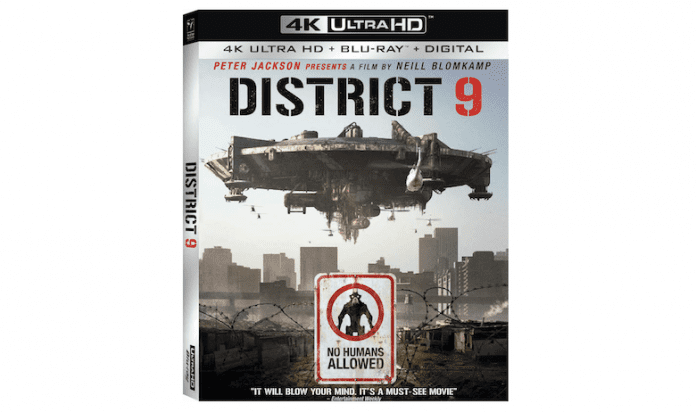 From Sony Pictures Home Entertainment, the critically-acclaimed fan-favorite sci-fi film, District 9, is getting a 4K Ultra HD makeover this Fall. The film will be making its HD debut in October.

District 9 is a stunning spectacle of a film, with a great story to boot, exploring a world where aliens and humans co-exist, but not as peacefully as you may think. Earning nominations in four Academy Awards categories, including Best Picture, in 2009, the film stars Sharlto Copley, David James, Jason Cope, Mandla Gaduka, William Allen Young, Vanessa Haywood, Kenneth Nkosi, Eugene Khumbanyiwa, Louis Minnaar, and Hlengiwe Madlala.

The official synopsis reads as follows:

“From producer Peter Jackson (The Lord of the Rings Trilogy) and director, Neill Blomkamp comes a startlingly original science fiction thriller that “soars on the imagination of its creators” (Peter Travers, Rolling Stone). With stunning special effects and gritty realism, the film plunges us into a world where the aliens have landed… only to be exiled to a slum on the fringes of Johannesburg. Now, one lone human discovers the mysterious secret of the extraterrestrial weapon technology. Hunted and hounded through the bizarre back alleys of an alien shantytown, he will discover what it means to be the ultimate outsider on your own planet.”

In addition to the HD format upgrade, the upcoming new release is jam-packed with special bonus features as well. Check out all the details below. 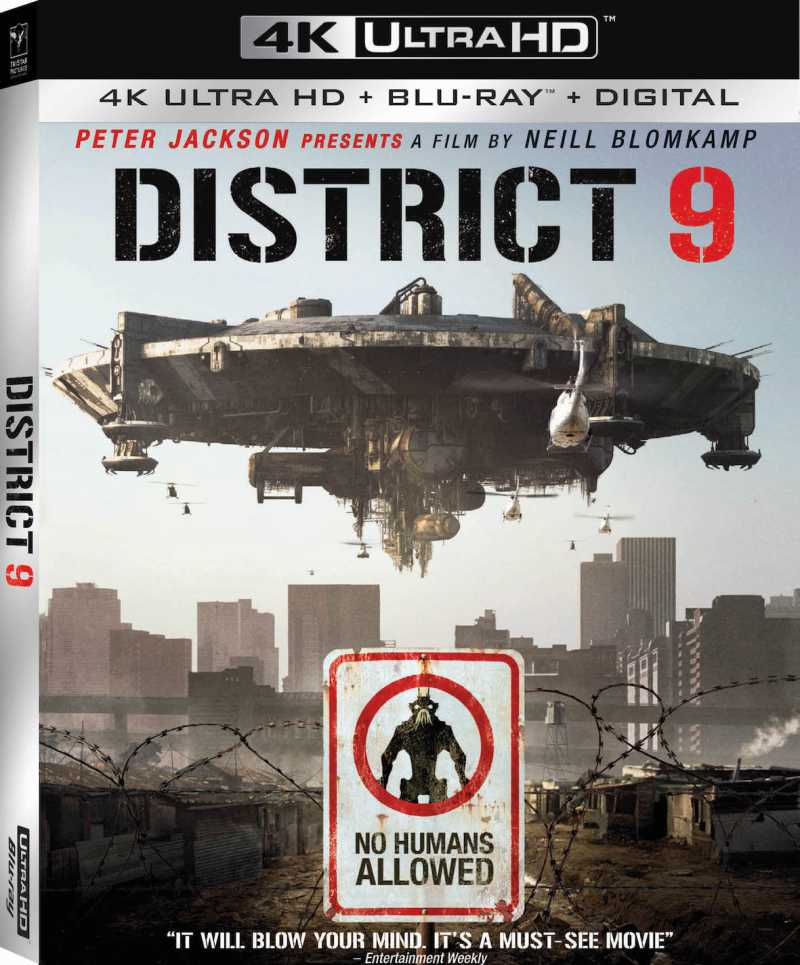