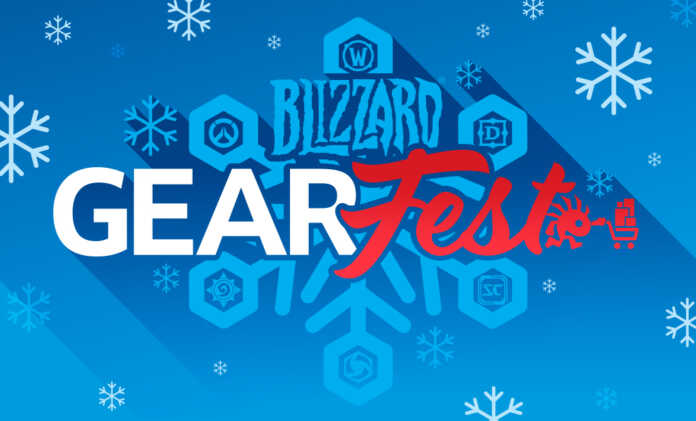 It’s the most wonderful time of year… at least if you’re a Blizzard Fan. Sure the holidays might still be a month or so away; but that’s not stopping Blizzard from kicking off GearFest!

The festivities will take place over on the Blizzard Gear Store and will be split into two parts: Part 1 begins today (November 2, 2020), with Part 2 beginning in two weeks (November 16th). Each part will have a different focus; but both will offer special promotions/ discounts as well as loads of new products from all your favorite Blizzard franchises such as World of Warcraft, Overwatch, Diablo and many more!

Part 1 of the event will focus heavily on Collectibles of all shapes and sizes. So you can expect the release of multiple new/ exclusive figures, pins and even art books. Some of that day’s biggest/ most notable releases for the star of GearFest will include:

Again, new products aren’t the only allure for GearFest as fans will discover a wide range of promotions and discounts on some of Blizzard’s most popular items – including recent releases such as the Diablo Lilith 24.5” Premium Statue, Small World of Warcraft Board Game and even the World of Warcraft Warchief Thrall Premium Statue that they just revealed last week! So if there’s a Blizzard fan in your life, this is definitely the time to go do some Holiday shopping for them!

As mentioned earlier, Blizzard GearFest will continue on November 16th when the focus shifts primarily from collectibles towards apparel. To learn more about the offerings of Part 2, please see our Follow Up article detailing some of the new apparel and collectibles that became available!

Can ‘Dexter’ Make Up for It’s Unpopular Series Finale?