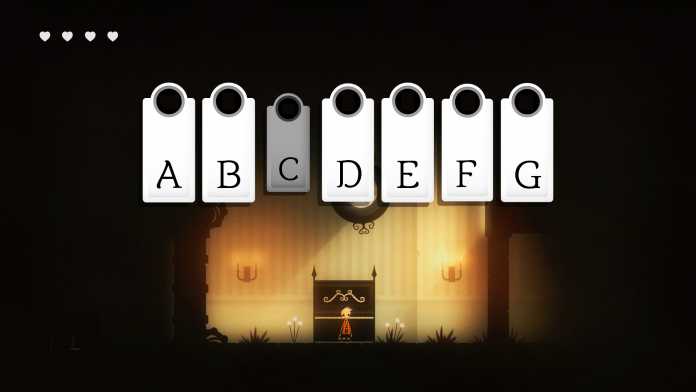 Neversong is a highly creative mix of puzzles, platforming, and storytelling by Atmos Games based on a flash game released in 2008 – which was coded and designed by a then 18-year-old Thomas Brush – simply titled Coma. Neversong sees Brush, along with Serenity Forge, realizing his grand vision for this poignant story thanks to the help of a multitude of loyal Kickstarter supporters.

At its heart Neversong is a story about hope and sadness, childhood and growing old, and love and loss. A solemn warning appears before you begin your journey stating that Neversong deals with traumatic loss and that it may be emotionally upsetting. The game then pleads with players, “to those who suffer know that you are not alone. Please ask for help.”

In Neversong players take on the role of Peet, a lonely and timid orphan born into a life of solitude and misery. Thankfully, fate offers Peet an escape in the form of Wren – a girl who is everything Peet cannot be. Peet and Wren form an instant connection. The years pass, and Peet and Wren make their mark on Redwind Village, creating a club known as the Booty Bum Gang and fashioning an abandoned building into their club house. Unfortunately their picture perfect relationship takes a sharp turn when, during one of their adventures, they decide to explore the mysterious Blackfork Asylum.  Once inside Wren is kidnapped and Peet, unable to face his fears to save her, falls into a coma. When he awakens the town is void of adults and Wren is still missing, thus forcing Peet to set off on a journey to recover his lost love and face his fears. 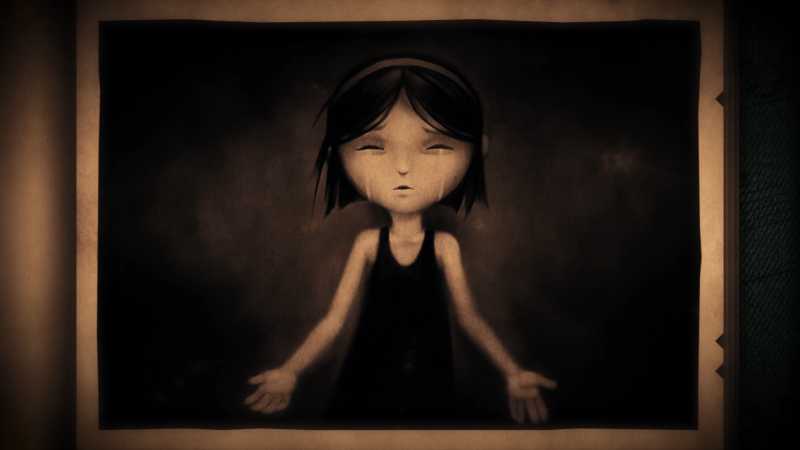 Neversong tells most of its story through rhyme based cutscenes which feature intricate drawings and creepy voiceovers. The story plays out like similar to a fable, unfortunately the best fables tend to end in tragedy. The rhymes lend a unique feel to the game, especially when intermixed with the rather horrific depictions of the main antagonist Dr. Smile. The juxtaposition between fairytale and horror keeps the story compelling throughout.

Despite the solemn warning before beginning and the often bleak story, the game can be rather funny. While the cast is small, all the NPCs you encounter are charming in their own weird, sadistic, way. Many hurl immature insults your way, while others only want a sugar high – some may be on a quest to jump rope a billion times, while others only want to be seen as a dancing star.  Despite their oddities, each quirky character does lend their help in some way throughout the three hour campaign.

Peet progresses through Redwind Village in Metroidvania style, although not with near the depth. The city is rather closed off at first and Peet must traverse the areas open to him as he slowly unlocks new items – a baseball bat, an umbrella, magnetic gloves, and a skateboard – to reach previously inaccessible locations.

Throughout the world Peet will find notes scrawled in journals, on blackboards, and half finished on typewriters telling the backstory of Redwind Village, Peet and Wren, and the events which transpired while Peet was in his coma. Often these notes offer up key information vital to progression.

Save points are scattered throughout, allowing players to save their progress via fireplaces. There is rarely much distance between save points, allowing players the freedom to explore without fear of dying, though dying is rarely an issue. While yes, it can happen and most likely will once or twice – enemies are not that tough and boss fights are more puzzle based than combat based. Thankfully, this is one of the game’s strengths – Neversong never set out to be the next Hollow Knight. Instead the game wants players to focus on exploration with the combat there to add a bit more depth and to keep the experience from becoming stale.

Music plays a large role in Peet’s adventure. A piano stored at Wren’s house is the key is unlocking various objects needed to progress. Peet holds a songbook which fills with a new song after each boss defeat. After finishing off a boss Peet must then rush back to Wren’s house to play the song learned and discover what new passage unlocks. 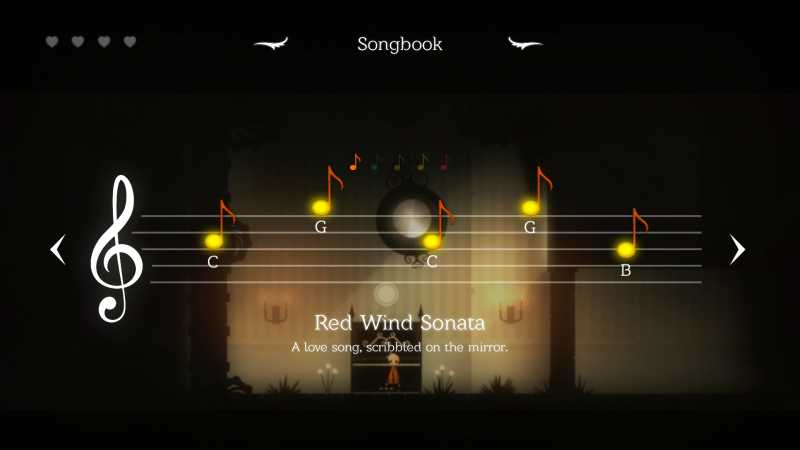 The game never outright tells you where or how to use items, instead relying on visual cues and experimentation. Thankfully, there is never much difficulty in surmising where an umbrella might come in useful, or a skateboard. Now using the items in conjunction with one another in an attempt to reach hidden items does take a bit of finesse, and I found these optional challenges to be fun mini games.

There are collectibles scattered throughout called Coma Cards. These cards are hidden in various breakable blocks, vases, bookshelfs, etc. and in the previously mentioned hard to reach areas. While they don’t contribute anything significant to the gameplay, they do allow for various clothing items to be equipped, some of which are rather funny.

Neversong takes place in sections, each with a distinctive look and feel: a dark sewer, an open field, a maniac infested asylum, etc. These areas involve solving puzzles to unlock the boss and a few enemies, although the puzzles are the main focus. I enjoyed each area, although the later asylum was my favorite with its particularly gruesome puzzles involving brain matter. That is also the main area where combat is required, as there are multiple enemies blocking your path. This area is where dying becomes a distinct possibility.

Overall, I enjoyed Neversong. While often bleak, the story brims with hope and features an endearing character set on overcoming his fears to save his love. The enemies are sufficiently creepy and the rhyme based storytelling was a stroke of genius, helping keep the atmosphere of Neversong consistently toeing the line between fable and horror.

For fans of short but captivating stories and puzzles, look no further than Neversong.

Neversong is available now on PS4, Xbox One, Windows, Switch, and Apple Arcade. Thanks to Atmos Games and Serenity Forge for providing Fandomize with a review code.

Check Out These Queer Characters in Video Games!