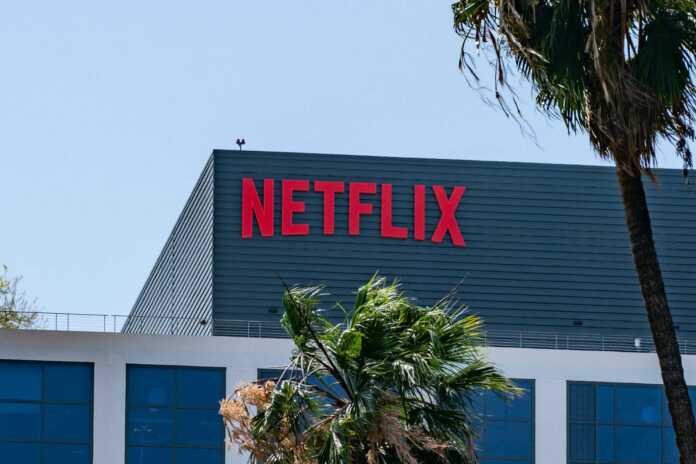 “Stark Raving Fan” is a column about one man’s love for all things involving popular culture – television, movies, and all facets of pop culture from here to there. Of course, it’s not the kind of love that unites a group of people like a bunch of hippies. More like the kind of love someone has when they’ve blown a gasket and have something to say. After all, aren’t we all just driven mad by fanaticism sometimes?

I’m what you call a movie nerd. A cinephile. Someone who pays for too many services, yet doesn’t have the time to consume all of this content because he’s a brat. I own over 1,300 titles on DVD and Blu-ray, organized in binders by genre. I still have an expansive cable package from Xfinity, locked in for two more years before I quit them for YouTube TV. (This time, I swear.) I have HBO Max, Hulu, Disney+, Paramount+, and Prime Video. Do I stream movies that I own on home video? Indeed I do, and I’m lazy, I know this!

Oh, yeah, and I have Netflix too. I guess.

I can sense the look on some faces out there. Gasp, how dare he speak such blasphemy! Yeah yeah, look, I still find some joy the Crown Prince of Streaming. I can indulge in Supernatural and complete my binge from the very beginning…for the third time. Cobra Kai and Stranger Things are still churning out new seasons, for now anyway. But other than that, what does House of Sarandos really offer audiences? Many new shows are axed within a season or two anyway. No point in latching into the latest just to feel left empty-handed with no sense of finality.

Netflix has changed much since the days of Orange Is The New Black, House of Cards, and Unbreakable Kimmy Schmidt. There was something special about getting new shows on a stagnant schedule. The streamer does possess some real gems –  Midnight Mass, Squid Game, and When They See Us? Chef’s kiss. But with so much new content dropping each week, how can we feel excited about anything anymore? I get more excited about seeing my electric bill under $100 a month, and that shouldn’t bring me joy.

You know what grinds my gears with Netflix, aside from how they’re screwing subscribers? Them snatching up promising feature film projects that deserve better. THAT is the problem. And we’re suffering thanks to their decisions. Being on top just means you don’t realize the shit leaking out underneath your throne – in this case, their toilet.

Summertime used to be known for big-budget blockbusters. Go to your local theater, grab a bucket of popcorn and a soda, park your keister, place your phone on vibrate, and turn off reality for a couple hours. That’s the experience that’s made movies in theaters such a staple. At home, what’re you tempted to do? Diddle around on your phone, let distractions preoccupy your attention, worry about other things around the house than the movie on your television. Oh yeah, pausing for a pee break is great, but if your phone’s blowing up? C’mon, how many of you pause to answer your phone? (Probably none of you. I’m guilty as shit myself.)

Netflix has landed some pretty lofty projects for 2022, so it’s not like they aren’t flexing their muscles. But how many of those projects truly deserve to be greenlit? Are these just scripts that are your generic cookie-cutter popcorn schlock that no other studio wants to make? I’d say more than 75 percent of their slate would be direct-to-video bargain-basement flicks you’d find at Blockbuster. (The Man From Toronto may have two hilarious leads, but who’d pay to see that in theaters?) We got enough crap festering around these days, do we need more thrown in our faces?

Here’s some easy picks from their so-called must-see list. Elsa Pataky’s Interceptor? A C-grade Under Siege remake with cringeworthy dialogue and bland action. Jake Gyllenhaal’s The Guilty was a 90 minute sleep-inducing one-man show that even the gifted thesp couldn’t make better. And those are just two examples of their so-called “hottest releases.” They consider that must-watch content? How does Netflix attract such talent with scripts seemingly written by toddlers scribbled incoherently in crayon in the first place?!

Then there’s movies that deserve better than being reduced to Netflix release. Adam Sandler’s drama The Hustle merited a wide theatrical release for audiences to see. Same goes for Joe and Anthony Russo’s The Gray Man too. Sure, the number of streaming hours will be record-breaking for these films, but at what sacrifice? How exactly do these projects turn a profit for Netflix anyway? Because I’m sure the service isn’t making money on any of these whatsoever.

Netflix got into this snatch-and-grab bullshit when the pandemic started. When studios had movies and projects backlogged in the pipeline, streamers were the first to go after such ambitious projects. Many hailed from Warner Brothers and Sony Pictures. Some were awful. A few, on the other hand, were great. (I stand behind my unabashed adoration for Army Of The Dead.) Ever since, Netflix sees dollar signs. Naturally, they’ve grabbed every single project they could due to their stupid spending.

Now we’re getting bombarded with content that I want to watch, but where’s the rush to do so? I’ve been meaning to watch The Harder They Fall for months now, but not like Netflix will remove that flick from their rotation. At least theatrically I’d feel enticed to buy a ticket so I don’t miss the experience on the big screen!

This trend isn’t going to fade. We’ll have so much content that we’ll turn into mankind from Pixar’s WALL-E – gelatinous blobs glued onto floating recliners, just stupefied. Honestly, with the deluge of streaming services, does Netflix really keeping its subscribers in mind? When you pump out product as bland as tofu, yet someone else has the finest cuts of beef, carnivores will want the meat sweats. Netflix is hemorrhaging subscribers due to policy changes as it is. You already wanna charge folks for users in other households. What’s next? Charging to watch a new release?

Hey, Teddy Boy? Stop delivering lackluster sophomoric content and give us something worth our time. Keep your paying customers in mind. After all, your leased content from other networks entertains more than three-quarters of your original offerings. I think I’ll go watch Better Call Saul instead. At least I’ll feel entertained with that binge!