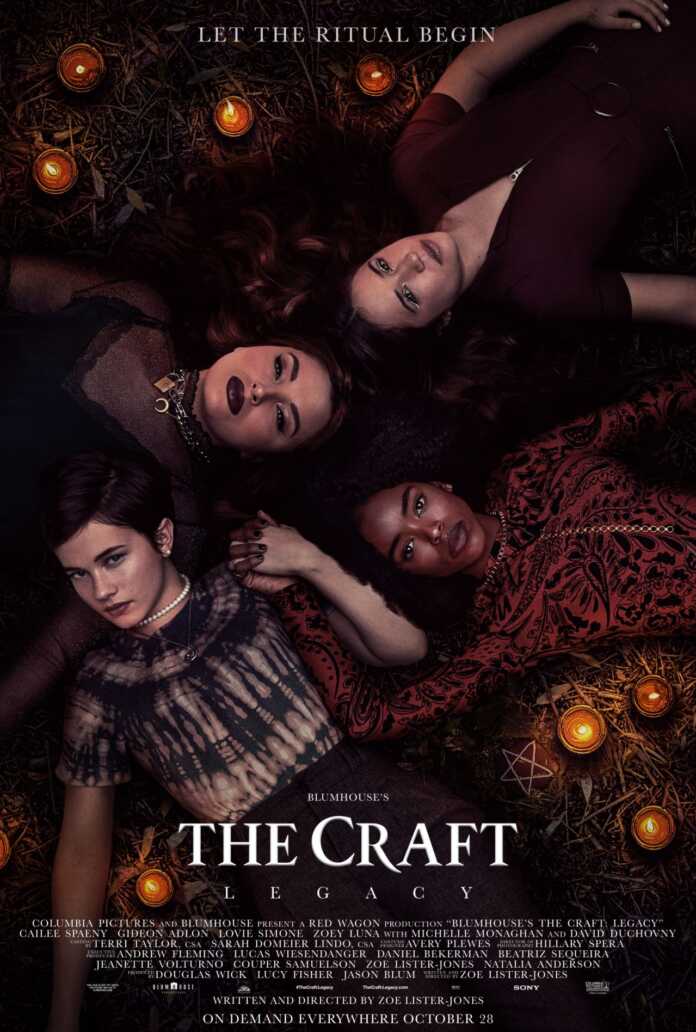 Witch /wiCH/noun: A woman thought to have magic powers, especially evil ones, popularly depicted as wearing a black cloak and pointed hat and flying on a broomstick.

Halloween is by far my favorite holiday. Is it candy corn, the decorations, the costumes, the horror movies? I think you could safely say it’s all encompassing.

What had begun as a harvest festival to remember those departed, has shifted quite a bit over the years to include trick-or-treating, parades, parties and costume contests.

What better way to celebrate Halloween this year than with the sequel to the 1996 cult classic, The Craft?

The Craft: Legacy serves as the continuation to its 1996 predecessor. The horror film was written and directed by Zoe Lister-Jones.

The story follows Hannah, played by Cailee Spaeny (Pacific Rim: Uprising, On the Basis of Sex) as she and her mother, played by Michelle Monaghan, move in with her new boyfriend and his sons.

After an embarrassing accident in class, Hannah meets Frankie, played by Gideon Adlon (Blockers), Tabby, played by Lovie Simone (Greenleaf) and Lourdes, played by Zoey Luna, who come to her aid in the girls’ bathroom at school. They invite her over after school, where Hannah learns of their powers. Together the girls form a coven of witches which turns dangerous as they become power-hungry.

The trailer hints that Fariuza Balk will be reprising her role as Nancy Downs when a polaroid picture of her character comes into focus.

The film appears diverse and relatable, dealing with issues most of us have experienced at one time or another in high school.

The film will be available VOD on October 28th.

Check out the trailer below: