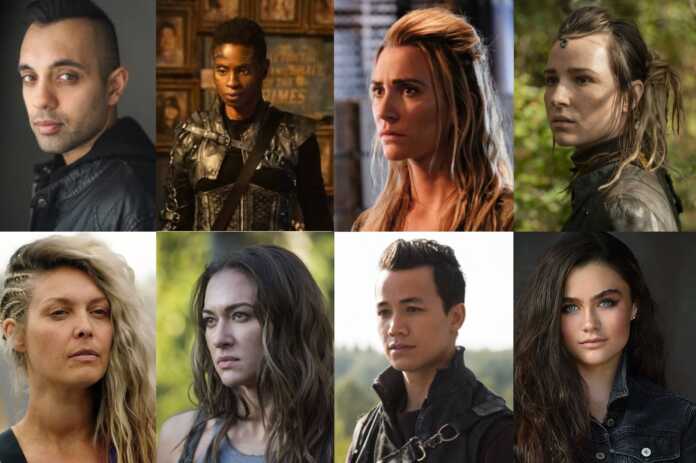 With only one episode left (EVER) of The 100, it’s only natural to feel all sorts of emotions as we rapidly approach the end. You know, sadness, anger, confusion, and a yearning for closure, amongst many other things... but despite the uncertainty, one thing rings true– it’s been one helluva ride!

As someone who has covered The 100 since season 2, it’s been an honor watching this show grow over the course of seven seasons. SEVEN. Who knew we’d make it this long! I’ve made friendships because of this post apocalyptic series, interviewed the majority of the cast/crew, and have enjoyed lengthy discussions with my fellow fans regarding the twists and turns (and ups and downs) over the years.

Since I have no doubt The 100 will end its run with a major conundrum, it’s only fitting to give back to the fans with this overall lighthearted and endearing roundtable featuring Adina Porter (Indra), Sachin Sahel (Dr. Eric Jackson), Lola Flanery (Madi Griffin), Tasya Teles (Echo), Shannon Kook (Jordan Green), Shelby Flannery (Hope Diyoza), Jessica Harmon (Niylah), and Alaina Huffman (Nikki). From OG cast members, to embracing the newcomers, watch as some of our favorites chat about the past, present and legacy of The 100!

MAY WE MEET AGAIN…

‘Section 8’ director Christian Sesma on his every man action hero

‘Section 8’ director Christian Sesma on his every man action hero