Fandomize Media got a chance to chat with Ross Marquand about the partnership during The Fandemic Tour’s official after-party presented by The Sexton Single Malt, the official whiskey of The Walking Dead. Ross not only plays the optimistic Aaron on AMC’s The Walking Dead, he is also an Irish Whiskey enthusiast off-camera and serves as The Sexton Single Malt ambassador.

The bottle depicts notions of The Walking Dead across The Sexton’s distinctive, black hexagonal bottle. Featuring a decaying silver label and a walker’s head in the place of the brand’s trademark skeleton logo, the packaging melds the post-apocalyptic show with the bottle’s most distinctive qualities. Quotes from cast members Daryl, Herschel, Rick and Michonne adorn the bottle, describing the harsh realities of existence experienced by characters throughout the series, an ironic reminder of The Sexton’s mantra – celebrate life.

Created by Alex Thomas, one of a few female master blenders in the industry, The Sexton Single Malt is made from 100% Irish malted barley and is triple-distilled for smoothness in copper pot stills. Consciously aged in Oloroso sherry butts to achieve a depth of flavor from the wine-soaked barrel, that surpasses its years. The result is a liquid rich in hue with the perfect balance of dried fruits, subtle oak notes and a smooth finish that leaves you wanting more. 40% Alc./Vol. (80 proof).

So, raise a dram to the final season with The Sexton x The Walking Dead limited edition bottle, now available for preorder. 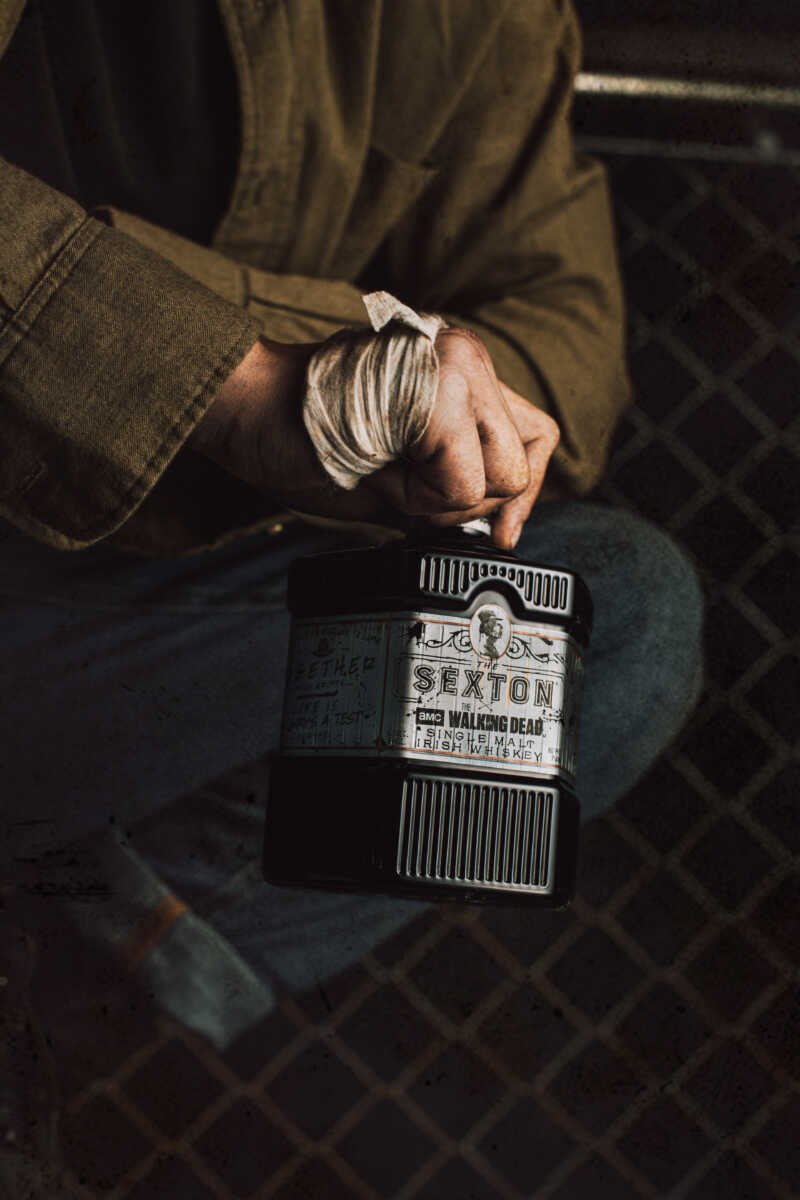 Can you explain the partnership between The Sexton and The Walking Dead?

Ross: Absolutely. So, one of the things that we keep coming back to on the show is the fact that life is very fragile, it is never guaranteed. We have characters who are constantly facing death at every turn. And you’re seeing characters who really need to embrace life and embrace the times that they have with the living and the people around them, their friends and family. And I remember seeing the ads for The Sexton when we were filming our extra bonus episode last year, Seth (Gilliam) and I and I was blown away by the ads of The Sexton where they had these incredible 1920’s themed parties where everyone is just enjoying life, and I thought that was fantastic. And I don’t know how it happened exactly, but there was a communication that happened and then it just was. It was beautiful, it happened very naturally and I just love these guys, they’re great.

So, you’re a whiskey drinker?

Ross: I am, yeah, very much so. I always have been.

What do you think separates The Sexton Single Malt from other whiskies?

Ross: Honestly, it’s one of the smoothest, especially Irish whiskies I’ve ever drank in my life because it’s very complex. It’s one of those that you, for me I like to sip it, I like to enjoy it kind of neat usually because it’s a it’s a very unique flavor palette. It’s got caramel, it’s got really amazing notes of, I think apple sometimes. It’s just a really interesting flavor palatte that you don’t normally get with a lot of Irish whiskies. It’s fantastic. And Alex Thomas, the master blender, she started it in 2017. Five years ago, she she just decided, ‘I’m gonna make the most amazing Irish whiskey,’ and she just started kicking ass and taking names and she’s taken over. It’s the number one Irish Single Malt in America, like, it’s just taken over and it’s blown up like crazy.

What can fans expect from the rest of season 11?

Ross: It’s like a political thriller, that’s how I would put it.v We don’t know fully who we can trust in the Commonwealth, we don’t know what their intentions are, we don’t know what they want. And it mirrors a lot of what we see in a lot of political theater nowadays, in our world. I really admire the fact that our writers and our producers have done a really good job of trying to emulate and kind of draw parallels to the world we are in right now and what could be happening in the future. Because, I think, the best sci-fi, the best horror, the best fiction, in general, is one that kind of shows you a little bit what’s going on right now and says, ‘hey, we could be heading here.’ And I love that. Blade Runner is my favorite sci-fi movie because even in 1982, you’re like, ‘hey, I think that could be where we’re headed.’ And I think we are at headed there now, ironically, 40 years later, you know? So yeah, I think it’s a political thriller. It’s dark. It’s got a lot of twists and turns that I think people will really gravitate towards and I’m just excited for people to see because we’ve been working our butts off on it since last January and it’s finally coming to a close after 11 years which is insane to say out loud. We’re tired, we’re very proud of our work, but we’re ready, I think, to move on to the next phase, which is exciting as well.

We met you and the Alexandria Safe Zone back in season five. With the walls coming down, it’s dawning on us fans that the show is really ending. How are you feeling about the ending?

Ross: August 2014, I’d just come on the show and I remember driving from the airport through Senoia, which is where the walls are, and I looked out the window and thought, ‘why does this look for familiar? I this town,’ and the driver goes, ‘Oh yeah, this is Woodbury,’and then she went down to the edge of the main drag there was just, ‘Oh, yeah, that’s going to be your new home. Welcome to Alexandria.’ And then it’s over. That was eight years ago and now it’s coming to an end, which is very bittersweet, but we’re loving where it’s at and I think the fans will be really happy with how it’s wrapping up.

On a lighter note, since Aaron is a dad, what’s your favorite dad joke?

Ross: (laughs) So a mama tomato is a walking with her kid and the kid is just lagging behind. baby tomato is just taking forever. They’re walking to the store and the she’s not getting along. So, mama tomato comes over, steps on the baby tomato and says “ketchup!” 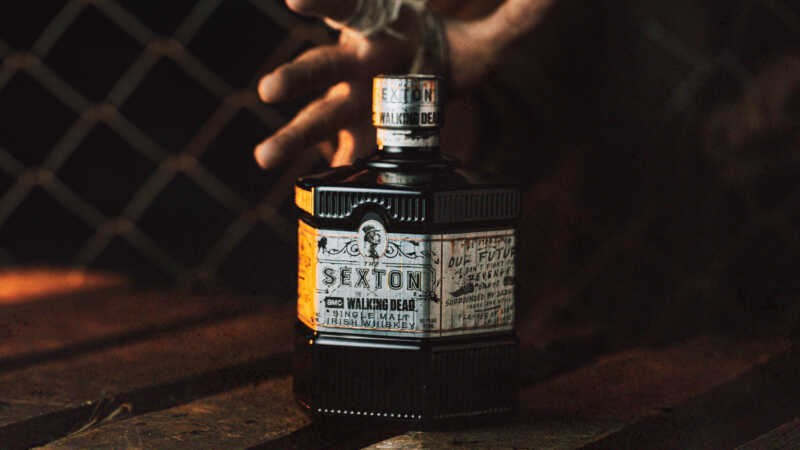 You can catch Ross on The Walking Dead with new episodes airing Sunday nights on AMC.

Hal Cumpston unpacks Silas in ‘The Walking Dead: World Beyond’