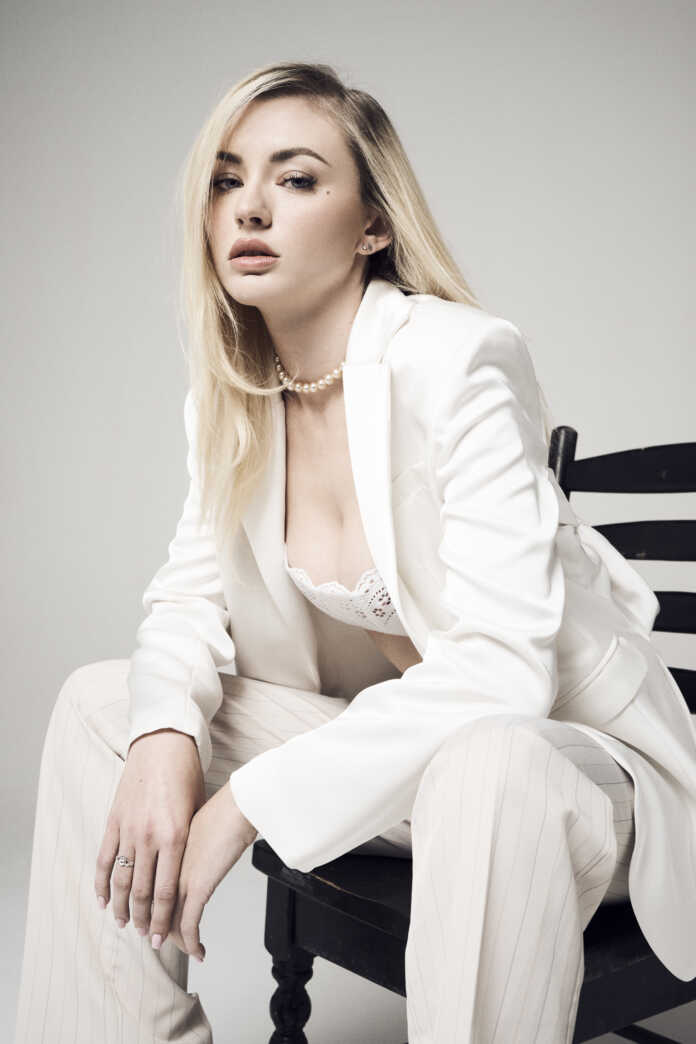 Meet Johanna Liauw, the former competitive swimmer turned model turned actress who is making a big splash on Lifetime and Netflix! With her warm and modest demeanor, Johanna is one of those people who instantly makes you feel at ease, like chatting with an old friend. With her poise and humility, it’s no wonder this newcomer is quickly making a name for herself! I recently chatted with Johanna about her whirlwind blast into the acting world.

Check out the interview below!

Gabrielle Bisaccia: I’ll start with the most important question first. What are your cats’ names?

Johanna Liauw: I have a girl cat and her name is Karma and then I have Thumper, who is a boy.

GB: I read that you’re an animal rights activist, which is so important and admirable! Are you currently involved in any organizations or charities?

JL: Not yet, but that’s something that I’m looking into. I want to team up with one that I resonate with, but I’m still currently searching. Right now, I’m sort of a lone wolf on my soapbox, just fighting the good fight!

GB: I see that you’re also a mental health advocate, which is such a vital role, especially considering the hardships brought on by the ongoing pandemic. How do you help those who are struggling?

JL: I think the best way to help is by telling my own personal struggles. I deal with depression and anxiety. I was on medication for three years and then in 2019 I decided to get off my anti-depressants because I felt like it was messing with how I was interacting with people. I felt like I was on autopilot. I read case studies that said over time, it could really affect your memory and brain function. After reading that, I was ready to find more natural remedies to help me. You just can’t let it hinder you from living your life, and that’s the true struggle. I’ve learned that you have to power through those times when you just want to stay in bed all day, even if it’s really tough. It’s going to be a lifelong struggle for me, but I have a good support system of family and friends. My hope is to help make someone feel less alone by sharing my journey. It also makes me happy that there is a whole community on social media, especially TikTok, where people can open up and share their stories.

GB: You began your acting career in 2020 when you wrote and starred in an episode for the web series, Quarantine Leap. What prompted you to pursue a career in acting?

JL: When I was little, I always knew that I wanted to be an actress, I just didn’t know how the heck I was going to get there! I started by doing some modeling, hoping that it would get my foot in the door because I’d seen that happen with other models. It turns out modeling just wasn’t the ‘thing’ that made me the happiest. I felt a little bit lost for a while, but then I met people who really helped push me in the right direction, and here I am now. I got back on track, and it’s been a whirlwind ever since!

GB: You also recently starred in two Lifetime movies. What was it like playing a villain in The Wrong Cheerleader Coach, opposite Vivica A. Fox?

JL: It was fun! Apparently I come off as intimidating, or at least that’s what people have told me, so I just tapped into that side of myself. There’s no wrong way to be a villain because villains just don’t care, so I ended up having a lot of fun with it. In some scenes I got to really pop off and yell, so I thought, ‘I’m just going to bring it’. While it was fun to play the villain, I was also happy to get the role of Stella [in Tall Girl 2] because she’s so bubbly and the exact opposite. I enjoyed being able to play both!

GB: How did you prepare for this role?

JL: I would just go over the scenes very sparingly. If I had the lines down, I just wanted whatever was going to come out to come out naturally. I didn’t want to overdo it. I didn’t really have a method; for me, this journey is about how I can have the most fun. When I’m on set I’m thinking how I can make this scene the most enjoyable for me and the other actors because I really want to inspire them to make choices with their characters.

GB: I read that you’re an avid reader. Do you have a favorite author and book?

JL: I really like Chuck Palahniuk, the writer of Fight Club. He has a bunch of other books that I like as well. I also recently read a book from Michael Newton, an author and psychiatrist. He wrote about certain case studies and his experiences. I deeply resonated with the first book, and I just got the second book. They are spirituality books called Journey of Souls and Destiny of Souls. I highly recommend them!

GB: I also read that you’re a devoted gamer. Do you have a favorite game? And more importantly, what is your favorite gaming console?

JL: My favorite gaming console is Nintendo Switch for sure! I mostly play Animal Crossing because it’s relaxing to me. I also like this game called Overcooked, and one called Moving Out by the same creators. I play that with my sister and her fiancé and it gets intense. We end up just laughing at ourselves!

GB: You were homeschooled for most of your high school career. Was that due to your involvement in competitive swimming?

JL: The swimming happened when I was way younger, around age 8 or 9. The homeschooling was because that’s when I started getting into modeling. I was going into New York and missing a lot of school and my grades were suffering because of it. I decided that I didn’t mind being homeschooled, so that’s how it came about. I really felt that I learned so much more from homeschooling than I ever did from going to a school and sitting in a classroom because there were no distractions.

GB: You’re starring as Stella, the Swedish sister of exchange student, Stig, in Netflix’s Tall Girl 2, which premieres February 11th. Congratulations on the role! How did you get involved in this project?

JL: My manager sent me the breakdown for the audition and told me I would be perfect for it. When I read that she had a Swedish accent, I was thinking, how am I going to do that? So, I ended up watching Luke [Eisner], who plays Stig, and I was trying to mimic his accent when I did the audition. They really liked the energy that I gave, and they called me back for a chemistry read with Ava [Michelle], Luke [Eisner], and Griffin [Gluck]. After that, Emily [Ting] offered me the role and I broke down crying! It was just excitement and relief, and I couldn’t believe that I did it. It was a surreal moment, and I was so excited. It was a cool accomplishment for me, and I was so glad that they saw whatever they saw in me and that they wanted to take a chance on me!

GB: Since the pandemic, you’ve really been making a name for yourself as a creator and actress! What’s next for you?

JL: This week I’ve been working on another film project, just a little cameo appearance that I’m really excited about. The storyline is so dope! I don’t know if I’m allowed to divulge anything yet because it’s not going to be out for at least another year. This movie has the content that I’ve been craving and I’m so glad that it’s coming about and that I get to be a part of it in some way. I’m excited for people to finally get to hear about it when that time comes. Other than that, I’ve just been auditioning and doing my thing!