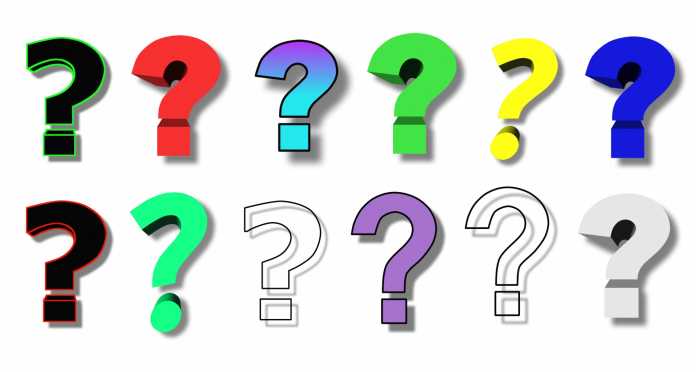 The arrival of COVID-19 has certainly left a great deal of uncertainty in our new world, he said stating the insanely obvious. Since mid-March the normal way of life has been chucked out the window, as if it was on fire, and has been replaced by a new world where wearing a mask doesn’t quite make you a superhero buuuuuuut it’s close. Schools are closed for what seems like an extended summer/fall vacation. Workplaces are closed or have relocated to your living room. Washing your hands is no longer a polite suggestion after using the bathroom it’s a mandate. Movies are either going to video on demand or into a summer blockbuster purgatory where no one gets to see John Cena as Dom’s brother in the next Fast and the Furious until next year if we’re lucky. And sports… man, I miss sports.

Sometimes, after spending hours cycling through Netflix trying to figure out what to watch only to realize it’s now too late to watch anything, the best course of action would be to throw on a sporting event. I can have basketball on as background noise on the days I’m feeling listless on picking something to view. Summer is great as there seems to always be a baseball game to throw on. Then throw in the playoffs or hometown teams and sports can quickly make a crappy day less crappy. Unless your favorite team sucks in which case it just makes the day more frustrating. Trust me, as a fan of the New York Football Giants things can get bleak. Or maybe it’s just sad. Either way, sports are great being a Giants fan has a lot of ups and downs.

I know that sports are trying to make a come back later this month, but there is just too much uncertainty in today’s environment to believe that these leagues will be able to finish their seasons or even start them. Basketball is trying to make a playoff run but players are getting sick. Baseball is trying to kick off a short season but players either aren’t playing or are… getting sick. I haven’t heard anything about hockey in Arizona but I assume players are getting sick. And football, who knows if we get a football season this year. Which sucks. Football is my favorite sport and brings with it one of my favorite sporting events. Fantasy football.

I love fantasy football which is not something I always say during the season. This is a game that preys on the strong and the weak alike. In the first year of my work league, I came in second which is awesome. I feel it’s important as the new guy to establish some form of dominance quickly. Let them know that you do indeed know some things about the game and that you’re not just making a donation to the pot. No one wants to be a beating post. Make them recognize the talent. Make them put some respect on the name.

My real issue came in my every year league. The one with my friends and family. You know, the ones who will ride you about every poor coaching decision you make throughout the season. Going into this season I was on a six-year playoff run with a couple of top two/three finishes. I felt confident. I drafted moderately well. I put up over a hundred twenty points week one in a loss but still felt good. I liked my team. I trusted my team. These were my guys and I was going to follow them into the playoffs and try and make a push. And then the rest of the regular season happened… and my guys shit the bed. Barely showed up. I won two, two, freaking games all season. Finished dead last. Dead. Last. I was Cersei Lannister. I was properly shamed. In my go-to league no less. On top of that, the Giants sucked so I couldn’t even counterbalance my failure with good football. Football was Nelson Muntzing me from all directions.

Yet, despite all that, I miss fantasy sports. Unfortunately, I couldn’t get enough people together for a fantasy basketball league, not that it would’ve mattered anyway, and I’m in zero position to be involved in fantasy baseball so my options became limited. Sure, I could do daily leagues but I was looking for a long haul. Which got me thinking… fantasy pop culture. I think that’s the answer to my problem but sadly, I’m not sure if it really exists. At least in a mainstream way, I’d be hoping for.

I’ve seen movie theaters advertise a fantasy movie type deal where you pick five films for the weekend and try and guess their order in the box office, and that’s cool, but I need competition. I need to send a text to a valued loved one burning their world to the ground. I need blood. Figuratively of course, as I’m not a vampire… yet. Fantasy box office is a fun concept but I think we could do better and the great thing about pop culture is that through it you could create almost an endless amount of leagues. Hear me out.

Let’s take The Walking Dead for instance or maybe even Grey’s Anatomy, two shows that couldn’t be any more polar opposites yet share the common dominator that I don’t watch them, but stay with me. You would hold a draft where you would take a certain amount of characters to your team. The fantasy season would only be as long as the television season and you’d do a new draft for the next season. As for points, you would get certain points based on character arcs. For example, Daryl just killed a walker so you get ten points, but he didn’t shower or cut his hair so now you lose five. Or over on Grey’s a certain doctor loses a patient on the operating table so you lose twenty points buuuuut they banged the new dreamy intern so you get fifteen points. So on and so forth. You could even have sleeper picks and take cast members who were just bumped up to series regulars or draft the guest star that you know is going to bring it. I’ll take twenty-three points for Forest Whitaker in a guest role thank you very much.

Why stop at television though. You can do the same thing for movie franchises. Imagine going to see the new Fast and the Furious movie and random members of the audience shout with excitement because Dom drank a Corona weirdly and they just scored twenty points.  Or the one person screamed “eff yeah!” because Han (who is alive?!?!) eats a snack putting this guys team in the lead. It completely changes the movie viewing experience and now you’re not just enjoying the story and the characters, you’re rooting for them to get you a win.

Fantasy pop culture could work on such a variety of levels it’s almost silly that it doesn’t exist already. Comic books. Pick a publisher, draft some heroes and villains, and start racking up some W’s because Batman punched The Joker in the face. Friends. It may be off the air but draft a team any way giving these seasons new life. Who doesn’t want to get some points anytime Joey says “how you doin’?” How have we not created a wrestling fantasy league?! It basically sells itself. The possibilities are endless and the fun is just begging to be had. I’ve heard whispers that some reality shows like The Bachelor already have fantasy leagues, and I’m for it.  Hell, had there been a Love Is Blind fantasy league, I would have joined at least two leagues drafting Cameron in both and bringing the ruckus. Think about how many points you could have got for the Bachelor hooking up with a producer. That sounds like an instant first-place finish.

So how do we make this happen? I’m not sure what the next step is. Honestly, I wanted to put the idea out in the universe and then when it gets created show the timestamp of this article and reap some of those financial benefits. But more importantly, I want to join a fantasy pop culture league. Pop culture already consumes so much of my everyday life, why wouldn’t I want to use those interests to defeat those I love so I can gloat about my superiority over them? Isn’t that what makes the world go round?