A thriving convention circuit crumbled in front of fans’ eyes as large events across the globe were forced to postpone and even cancel their conventions due to the all-too-real pandemic the world’s inhabitants are currently faced with. Fans were understandably gutted at the news that they wouldn’t be able to interact with their idols due to these less than ideal circumstances, but for many, these events keep fans going. Help combat anxiety. Help with social situations, and provide much needed distractions from the struggles of everyday life. While countries told their citizens they’d need to fight this relentless battle from their homes, some remained calm– while others unraveled into a panic. Productions shut down, businesses closed their doors to patrons, and actors no longer had a way to connect with disappointed fans on a large scale… until now. Emerging from the community-driven void, HomeCon was introduced.

“We are putting the power back into the hands of the artist and the fan. You cut out the middleman,” says HomeCon creator Paul Amos regarding the inception of the inaugural stay-at-home convention set to beam right into your living room on Friday, April 10, 2020 – Saturday, April 11, 2020.

HomeCon is a virtual Comic Con, which was born out of the fact that the world went into lockdown to combat COVID-19, and everything that we look forward to– was, you got it, nixed. What started out as Amos picking random fans to speak to virtually for 15-20 minutes each for seven days straight turned into a massive plan with an impressive line-up of actors participating in the first ever convention of its kind.

Amos says he was trying to figure out what he could do in order to safely lift fans’ spirits and hopefully incorporate a charitable angle, and when he mentioned his idea to longtime friend and Lost Girl alum Rachel Skarsten, she proclaimed “this is genius, Paul!” Amos being the smart guy that he is, knowing that Skarten never usually says that about anything that comes out of his mouth, thought to himself ‘I must have a genius idea’ and HomeCon was born… in just 11 days, mind you. The team effortlessly built a beautiful (and functional) website, secured the online venue, got 35+ actors on board, and launched their efforts into the virtual abyss. Fans still licking their wounds from postponed conventions, refund delays, and those seeking a sense of normalcy took to social media raving about the announcement. 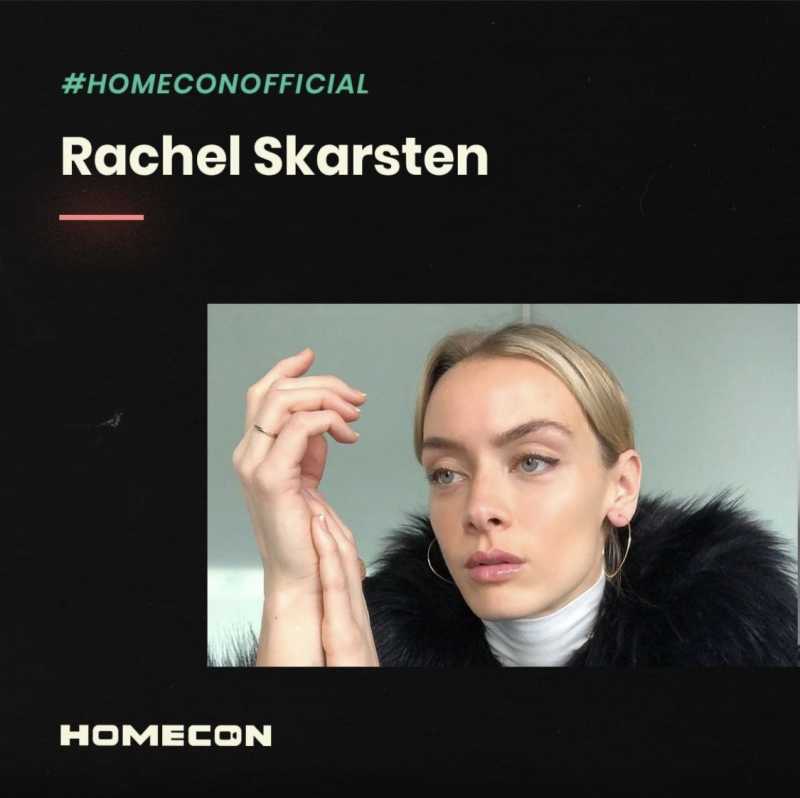 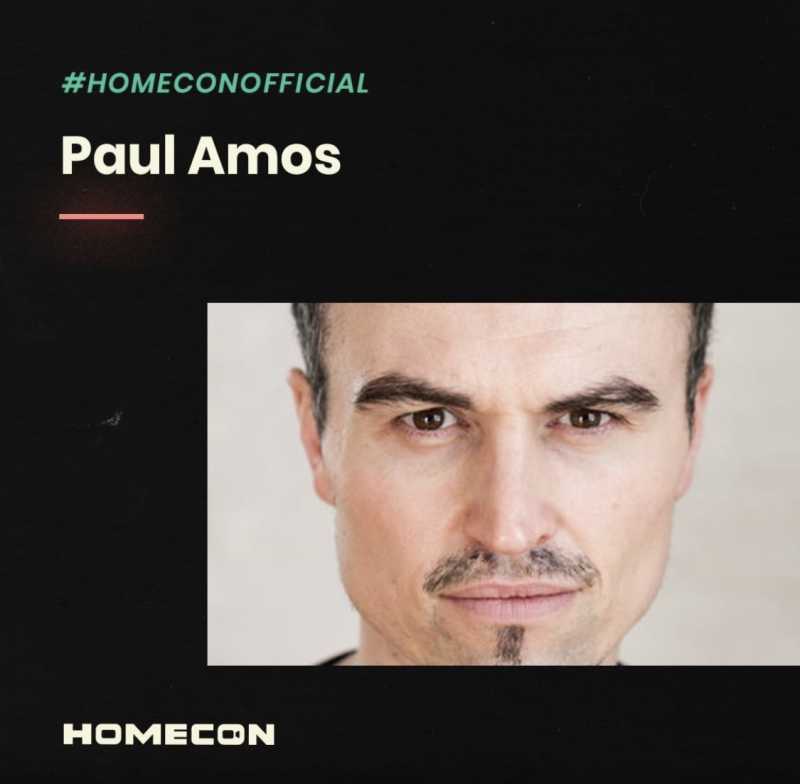 Amos and Skarsten, two of the most beloved and seemingly controversial characters on Lost Girl knew where their fans were coming from. They were just as disappointed as them seeing all the cancellations over the past few months and acknowledged the chatter on social media and aimed to shed a positive light on an overall grim convention future…

“It’s all about connection and making sure that nobody feels alone,” says Amos. “Everybody can have a space that they can feel connected to, which is really what the convention circuit is about. It’s people who get to express themselves in their own unique, particular way. We hope that we can bring that to people with this virtual experience.”

He went on to say that the HomeCon team “just wanted to make an event that was accessible.”

“Unlike other things out there, we want to give an experience that people can have for $5 or under and if you want a really incredible, unique experience, it will be under $60,” he says.

People are hurting, some people have lost their jobs, they can’t pay their rent, it’s troubling times. Through it all, his only hope is to keep costs low, and give people something unique and fun to attend and participate in. Could HomeCon be the new convention hybrid us introverts have been waiting for? I would say so. Not only are Amos and Skarsten taking COVID-19 on, but they’re aspiring to create a more inclusive convention experience than those they’ve attended in the past.

“The one thing about the big conventions, particularly when you have big guests, is that there seems to be a little bit of a conveyor belt/cattle feeling to it,” says Amos. “Which I always thought was weird. The bigger you get, the more you charge, the more you pay, the less of an experience you actually have.”

With HomeCon, you’re not refinancing a mortgage to attend, and you actually get one-on-one time with people whose work you enjoy. You’re virtually in their house, and they’re in yours! Usually at more traditional conventions, Amos mentions that sometimes you’re not allowed to even look at people that you paid to see.

“I find it disgusting,” he says. “That’s not the way you treat people that like your work. When it becomes all about money, and there’s no exchange between a guest and an attendee, that’s not good.”

HomeCon is shattering convention norms and virtual entry to the events Twitch platform is merely a $4.99 subscription for two days worth of content, and FREE for Amazon Prime members. You’ll have access to show panels, scheduled content, and the ability to purchase one-on-one Zoom calls with actors from over a dozen different shows, including Assassin’s Creed, Batwoman, Lost Girl, Lucifer, Reign, Riverdale, Stranger Things, Supergirl, Wynonna Earp, and more!

“Rachel and I went out and got the talent. It’s basically a lot of friends,” says Amos. “We put in a lot of personal calls. We also wanted to have a COVID-19 charity angle so what we did was have 10% of what the Con makes and the actors make go to First Responders First.”

He adds that the actors are also welcome to donate their earnings to their specific charities. Many have already announced that their proceeds will go to benefit front line workers, and the effort to combat this pandemic amongst other causes.

HomeCon 1.0 (as we’re dubbing it) is just the tip of the iceberg, as Amos says there are plans for another iteration of the virtual con (perhaps a month from now), that could feature other genres, like gamers, or Anime! Attendees can purchase a virtual seat by going to HomeCon Official’s Twitch Page, and can even buy a VIP package that gets you early access to secure one-on-one calls with talent such as Gregg Sulkin (Runaways), Nicole Maines (Supergirl), Anna Silk (Lost Girl), Casey Cott (Riverdale), Kat Barrell (Wynonna Earp) and more!

Since we’re about to get to know our favorite stars really well this upcoming weekend, Fandomize kicks off the fun by asking Amos what type of donut he’d be based on his personality…

“This is a tricky one,” he answers. “Let’s go with salted caramel and bacon because I’m savory but I’m also pretty sweet. My daughter’s looking at me thinking ‘you are an idiot.’”

The Fandomize Family says no way, he’s a genius! HomeCon features 15 show panels, 35+ stars, one-on-one opportunities, and the best part? Completely puts an end to ConCrud– which is inevitable in large convention crowds. We know where we’ll be April 10 – 11, 2020. On our laptops, in our homes, snacks in tow, and pants optional. How about you?

Wilder Yari says they’re honored to be a part of CW’s...