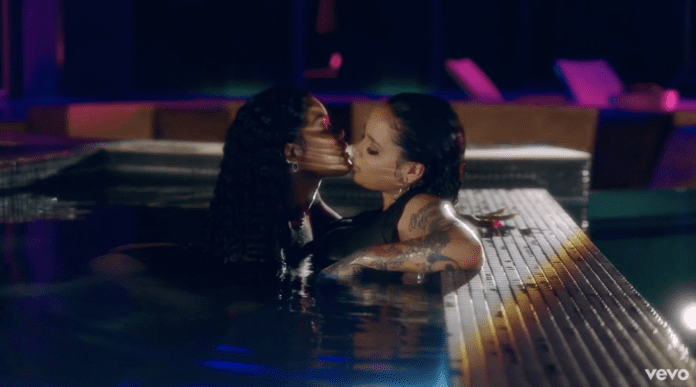 “Music does bring people together. It allows us to experience the same emotions. People everywhere are the same in heart and spirit. No matter what language we speak, what color we are, the form of our politics or the expression of our love and our faith, music proves: We are the same.” ― John Denver

When it comes to music, my preference ranges immensely depending on my mood, as I assume it does for most people. While I generally enjoy every genre, I could to be in the mood for rock and only rock for a week straight, and then the following week, it could be trance. One thing that holds true is that music is universal and it can bring you to an entirely rare state of euphoria when you need it the most.

For Pride Month, I wanted to highlight some influential LGBT artists that have played a big role in the lives of the LGBT community and beyond. From household names like Hayley Kiyoko and Tegan and Sara, to more subtly “out” artists like Romy Madley Croft of The xx, these artists are bold and unforgiving in their commitment to their fans, and shedding a positive light on the LGBT community.

Hayley Kiyoko, or “Lesbian Jesus” as coined by her fans, is probably the most renowned and prevalent lesbian artist of our generation. Kiyoko, born April 3, 1991, is a major LGBT rights advocate who came out as a lesbian at a relatively young age. Her lyrics and music videos reflect her personal experiences, while frequently referencing LGBT relationships. Kiyoko writes her own songs and directs her own music videos, making them that much more authentic and relatable. She has won the MTV Video Music Award for Push Artist of the Year in 2018, the Billboard Women in Music Award for Rising Star in 2018, and the Spotify Most Added to LGBTQ+ Playlists Artist award in 2020. In 2015 she released the music video for her single “Girls Like Girls”, which she co-directed. The video has over 110 million views as of 2019. Check out this iconic video below:

Identical twin sisters Tegan Rain Quin and Sara Keirsten Quin, born September 19, 1980, are both openly gay artists who make up the group Tegan and Sara (formed in 1998). Hailing from Calgary, Alberta, Canada, Tegan and Sara made a huge splash with their hit song “Get Along”, which was nominated during the 2012 Grammy Awards for “Best Long Form Music Video”. Among many other awards earned, Tegan and Sara won the 2017 GLAAD Media Award for Outstanding Music Artist, and the Governor General’s Awards for Performing Arts in 2018. They made an appearance on the hit Showtime show, The L Word, which gained them an even larger LGBT fanbase. Their music continued to be featured in numerous episodes of the series as well. In 2008 Tegan and Sara performed with DJ Tiesto at the Bonnaroo Music & Arts Festival, and collaborated on “Feel It in My Bones” for Tiesto’s 2009 album, Kaleidoscope, where they also appear in the music video. This collaboration put Tegan and Sara on the map in the EDM/Trance community. Check out the video below:

Already an avid follower of English indie pop group, The xx, I was surprised to find out that vocalist and guitarist Romy Madley Croft, born August 18, 1989, was openly gay. She, along with band member Oliver Sim, both identify as queer. They’ve commented that LGBT relationships play an important role in their music videos and in their music overall. While Madley Croft is a relatively private person, she decided to come out publicly to help fans struggling with their sexuality. The xx has won numerous awards, including the Sweden GAFFA Awards for Best International Group in 2018. Check out “Intro” below:

Kehlani, born April 24, 1995 in Oakland, California, has never shied away from her sexuality. She released her first single, titled ANTISUMMERLUV, on SoundCloud, but it wasn’t until she appeared on America’s Got Talent in 2011 (and came in fourth place), that she really began to make waves. Kehlani first identified as queer and pansexual, then in 2018, she clarified her sexuality on Twitter, claiming that she is “queer, and not bi or straight”. In 2017 she posted a picture of her girlfriend at the time, an artist from New Jersey, which caught a lot of attention. Kehlani has also been on tour with both Demi Lovato, who identifies as sexually fluid, and Halsey, who identifies as bisexual.

Teyana Taylor was born on December 10, 1990 in Harlem, New York. Although she is married with a child, she is openly bisexual. Taylor gained notoriety when she appeared in Kanye West’s “Fade” music video. In 2019 Taylor and Kehlani released their music video for “Morning”, which resounded with women-who-love-women everywhere. Check out the steamy music video below: