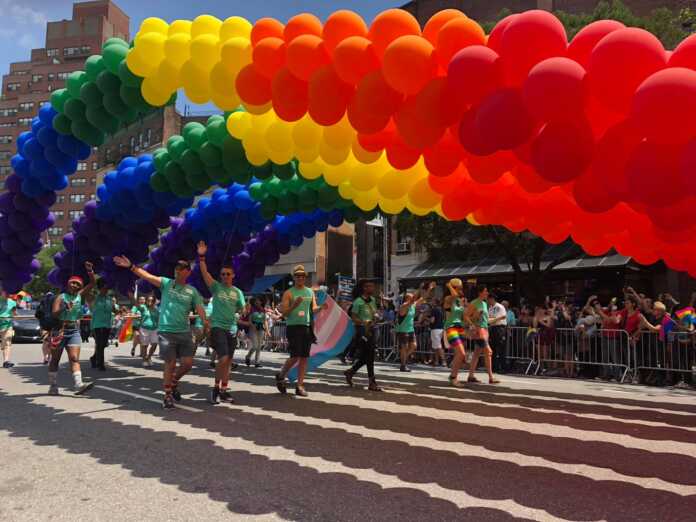 Can you believe it? It’s finally June and that means two things for me; it’s time to dust off my kayak and apply massive quantities of sunscreen, and it’s also time to celebrate Pride Month! While many Pride events across the country occur at the end of the month, now is the perfect time to get into the spirit by catching up on some of the LGBTQ+ movies that were released this year.

Two of Us is a French film that was released in the US in February. Directed and written by Filippo Meneghetti, the film tells the story of two retired women, Nina and Madeleine, who live on the top floor of an apartment building, giving off the impression they are merely neighbors. That is until Madeleine suffers a stroke, and their secret love is exposed when Madeleine’s family comes to take care of her.

The World to Come

The World to Come is an American film that was released in the US in March. Directed by Mona Fastvold and written by Jim Shepard, the film tells the story of two American frontier women who fall in love while struggling against suspicious husbands and the hardships of the brutal and trying landscape.

My First Summer is an Australian film that was released in the US in April. Directed and written by Katie Found, the film follows 16-year-old reclusive Claudia who meets Grace, a free-spirited and vivacious teen who stumbles upon Claudia’s home garden one summer day. Having just suffered a loss, Claudia is guarded, confused, and skeptical. But when she and Grace start spending all their free time together, an inevitable bond forms. A sweet coming of age tale, this film transports the audience back in time to that first innocent love we’ve all experienced.

Ride or Die is a Japanese film that was released in the US in April. Based on Ching Nakamura’s manga Gunjo, this adaptation was directed by Ryuichi Hiroki and written by Nami Sakkawa. The film follows the story of a 20-something lesbian, Rei, who kills the abusive husband of her former classmate, Nanae, in an attempt to prove her love for Nanae.

Benedetta is a French film which is set to be released in the US in July. Directed and co-written by Paul Verhoeven, the film follows the story of Benedetta Carlini, a young woman who joins an Italian convent in the 17th century and begins an affair with another nun.

‘Bit’ is the feminist vampire anthem we’ve been waiting for!