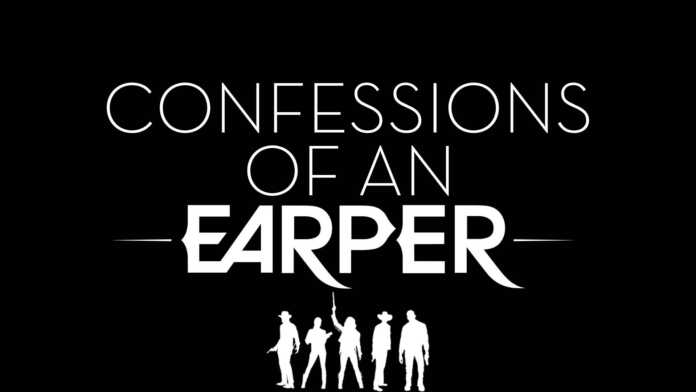 I’m addicted. I am acknowledging that I am more than slightly obsessed with… a television show. I don’t know how this happened. It’s outside my character to be this invested. A normal weekend binge-fest turned into something I can’t stop thinking about.

Wynonna Earp had been recommended to me on Netflix for quite some time and then, more recently, it was mentioned to me in a Reddit thread. With a lot of free time on my hands courtesy of COVID, I decided to give it a try. After a few episodes, I realized that I couldn’t look away.

This reaction was not logical because I have never been much of a genre fan. But there I was putting off all other tasks so that I could squeeze in just one more episode. It took me five days to get through all the episodes on Netflix and Hulu and that’s only because I had to pause for my actual job, which felt incredibly inconvenient.

As the last half of season 4 has dropped, I’ve been watching in real-time. I wait in anticipation for each new episode craving the fix Friday night brings. I’ve become active on twitter simply to interact with others in the fandom. YES, the fandom. I’m an EARPER. This beautiful group of people has welcomed me with open arms because they get it. I’m so excited to talk about this fictional place that I continually surprise myself.

So why this show? *Insert shoulder shrug* All the reasons. First, it’s funny as hell. With Biting one-liners, hilarious pop culture references, and the best toast I’ve ever heard (I’m looking at you, Doc Holliday). I would re-watch episodes and realize I had missed things to find myself laughing all over again.

But the real draw is representation. This has been stated countless times in articles I’ve read about the show, but in many ways feels difficult to verbalize just how powerful it is. I was initially uncomfortable with how much the show resonated with me. I’ve never connected with media like this. It felt voyeuristic to follow the cast on social media, but I couldn’t stop myself. I wanted to be engaged with any content related to Wynonna Earp. Even in the absurdity of the situations facing the characters, I saw myself and my life, represented. What feels most strange is that I didn’t realize I was craving this.

As a bad ass woman who takes on the world with a confidence that I don’t always feel, I see so much of myself portrayed in Wynonna. The concept that with all our flaws, and with seemly everything stacked against us, we can still save the world is empowering. And oh yeah, we can look great doing it. You better believe I’m rocking a (Vegan) leather jacket these days.

The romance between Nicole and Waverly is hands down the most realistic look into a wlw relationship I have ever seen in the media. And believe me, I’ve seen nearly all of them. I have heard lines on this show that sound exactly like things I have said to my wife and some I wish I had thought of! I keep saying, they remind me so much of us … without all the demons, near-death experiences, and whatnot.

What is so special is that none of this is forced or disingenuous. You root for all the characters because they are so well-written, so well-acted, they feel like real entities. Whoa, velveteen rabbit vibes here. Wynonna Earp is a rom-com, fairytale, action-packed drama that feels like it was written to appeal specifically to me.

It is unfortunate that I just found the show. I would have loved to have been a part of the fandom from the beginning. I might have even attended a convention. I can’t believe I just said that. What has happened to me? I’m going to savor this last episode of Season 4 . I’ll fight for more seasons, but if this IS the end, I’m so glad to have jumped on this train before the end of the line.

Alicia Tripler is just a small-town girl living in a high-tech world. She loves a good cup of coffee, the great outdoors, and anything that makes her laugh. She calls Kansas home with her exceptional wife, and their multitude of pets.