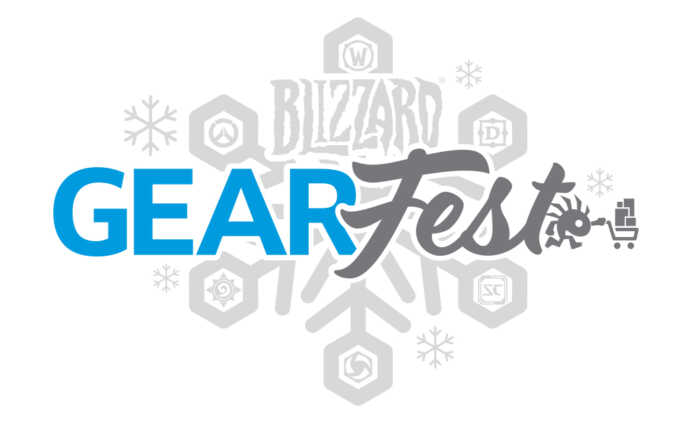 The celebrate that is Blizzard GearFest continues! Now if this is the first time you’re hearing about this event, let me catch you up. Blizzard GearFest is a retail celebration of all of Blizzard’s franchises over the years. Everything from Diablo to World of Warcraft – and everything in between – is getting a bunch of new products released in the Blizzard Online store with tons of sales and promotions to go along with it!

A few weeks ago, we covered Part 1 which largely dealt with collectibles. And while Part 2 does have a few collectibles to get excited for, the focus is largely on apparel! The most notable of which are as follows:

It’s important to note that many of these designs actually have both t-shirt and hoodie option. So be sure to take your time and browse the selections!

Additionally, there are two collectibles that are a feature of GearFest Part 2. The first is a stunning lore book by Christie Golden, titled World of Warcraft: Exploring Azeroth: Eastern Kingdoms that catalogues the many wondrous artifacts, locations and denizens of Azeroth. We actually got word of this a few weeks ago to celebrate the upcoming release of the newest World of Warcraft expansion: Shadowlands. So it’s nice to get the reminder that in just a few short days it’ll be released – thought its still available for Pre-Order if you want to lock it all in now.

The other collectible is a Special Event Jumbo D.Va MEKA Nendoroid Figurine from Good Smile that stands at just under 8 inches. So if you really liked the 20 inch Premium D. VA figure but weren’t sure of the price – or if you had enough space to display it – then this is a great alternative! That being said though, I should mention that the Premium figure – and many others – are currently on sale along with tons of other stuff. So go get your Holiday Shopping done a little early and check out the items and sales over on the Blizzard Gear Store!

McKenzie Morrell - September 24, 2020 0
With only one episode left (EVER) of The 100, it's only natural to feel all sorts of emotions as we rapidly approach the end....

‘The Art of Crash Bandicoot 4: It’s About Time’ (Full Review)

AMC Releases Trailer for the Final Six Episodes of ‘The Walking...

Check Out These Queer Characters in Video Games!