Audiences love Amazon’s The Boys! The dark action series debuted in 2019, and should be on everyone’s must-watch list. It’s enjoyable, dare-defying, and is full of live action tomfoolery. It follows a group of vigilantes on a mission to dismantle corrupt superheroes who use their powers for everything but good. In an otherwise saturated superpowered entertainment scene, The Boys is a rare example of how being clever, and not taking yourself too seriously can be widely accepted in its genre. Not to mention, the edgy adult-centered content draws you in immediately!

Jordana Lajoie, who plays the mystifying Cherie, alongside Jack Quaid, Karl Urban, and Chace Crawford, chatted with Fandomize about her character, fan theories surrounding Cherie, and her biggest takeaway while working on The Boys.

MCKENZIE MORRELL: Hi Jordana, tell us about your character, Cherie, on Amazon’s The Boys.

JORDANA LAJOIE: Cherie is a mystery to me. She’s misunderstood, and I can appreciate that. I also enjoy the fact she’s very skilled at things I can’t even imagine being able to achieve; there is something supernatural about that in my opinion.

MM: The show is based on Garth Ennis and Darick Robertson’s cult comic book. Were you able to take a look at it before taking on this role? What kind of prep went into this character since Cherie was not in the comics.

JL: I have to be honest, I didn’t know it was based off a comic book series when I first auditioned for the role. I was busy working on another project and I had little time to tape it, so I didn’t do the research I normally like to do before an interesting audition.

At the time, there were two projects Seth Rogen was working on with the name “Boys” in it. There was “Good Boys” and then there was “The Boys”. For whatever reason my brain thought “Good Boys” was what I was getting myself into. Little did I know how wrong I was.

As for my process, I definitely did some digging and realized Cherie wasn’t in the storyline after all. I panicked for half a minute because I know how important storylines are for comic book fans, and then I eventually chilled out, and just focused on studying Frenchie’s character and creating my own story based off of some of his story.

MM: How would you describe the show to a stranger only using emojis.

MM: Cherie is a badass. If you could choose one weapon to aid you through an impending apocalypse, what would it be?

JL: Bow and Arrow. You run out of ammo, but you can always pick those arrows back up.

MM: What has been your biggest takeaway while working on The Boys?

JL: My takeaway is that satire is still possible, and that the audience gets it.

MM: Who do you think would be Cherie’s favorite superhero?

JL: Translucent or Black Noir. They’re both mysterious, and have a weird, kinky side to them. One likes to get naked, the other likes to play the piano. What more do you want in life?

MM: Which do you prefer, working on projects that are streaming or more traditional TV/movie platforms? What draws you to one over the other?

JL: Well I like the whole streaming situation, though right now, episodic releases are reminiscent of TV. I would like to get back into film, however. There is something oddly attractive about that medium, maybe it’s the lack of love it’s being shown at the moment. Very much into film noir.

MM: What has been your favorite fan theory regarding Cherie, or the show in general?

JL: I’ve received a few theories through fans of the show, some of whom have mentioned that they think I am “low-key a supe”. And I won’t lie, I love that theory.

MM: How have you been keeping busy with quarantine and the world quite literally on fire. How do you stay sane in 2020?

JL: Meditation has helped a lot, and of course connecting with my lovely family and friends through video calls. Meditation is truly healing for me, morning and night, you deserve that break from the world.

MM: I like to add my signature question into all of my interviews– if you were to make a donut based on Cherie’s personality. What kind of donut would it be and what toppings would be on it?

JL: It would most definitely be a Chocolate Long John. No toppings, it’ll be all about the filling.

MM: The Boys is in its second season. What can you tease to come of your character?

JL: I would say more vulnerability, more depth, and perhaps people will understand Frenchie and Cherie’s connection a little more.

MM: Anything else you’d like to add for the fans–?

JL: The supporters of the show are awesome! 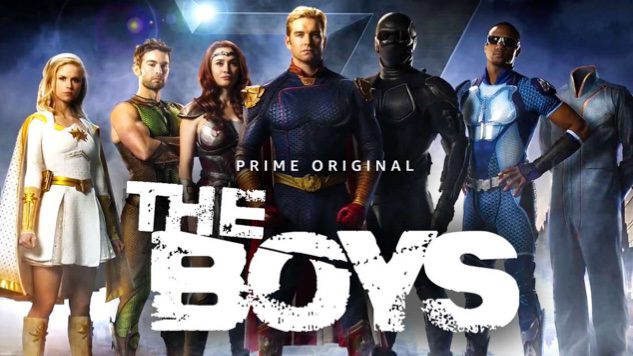